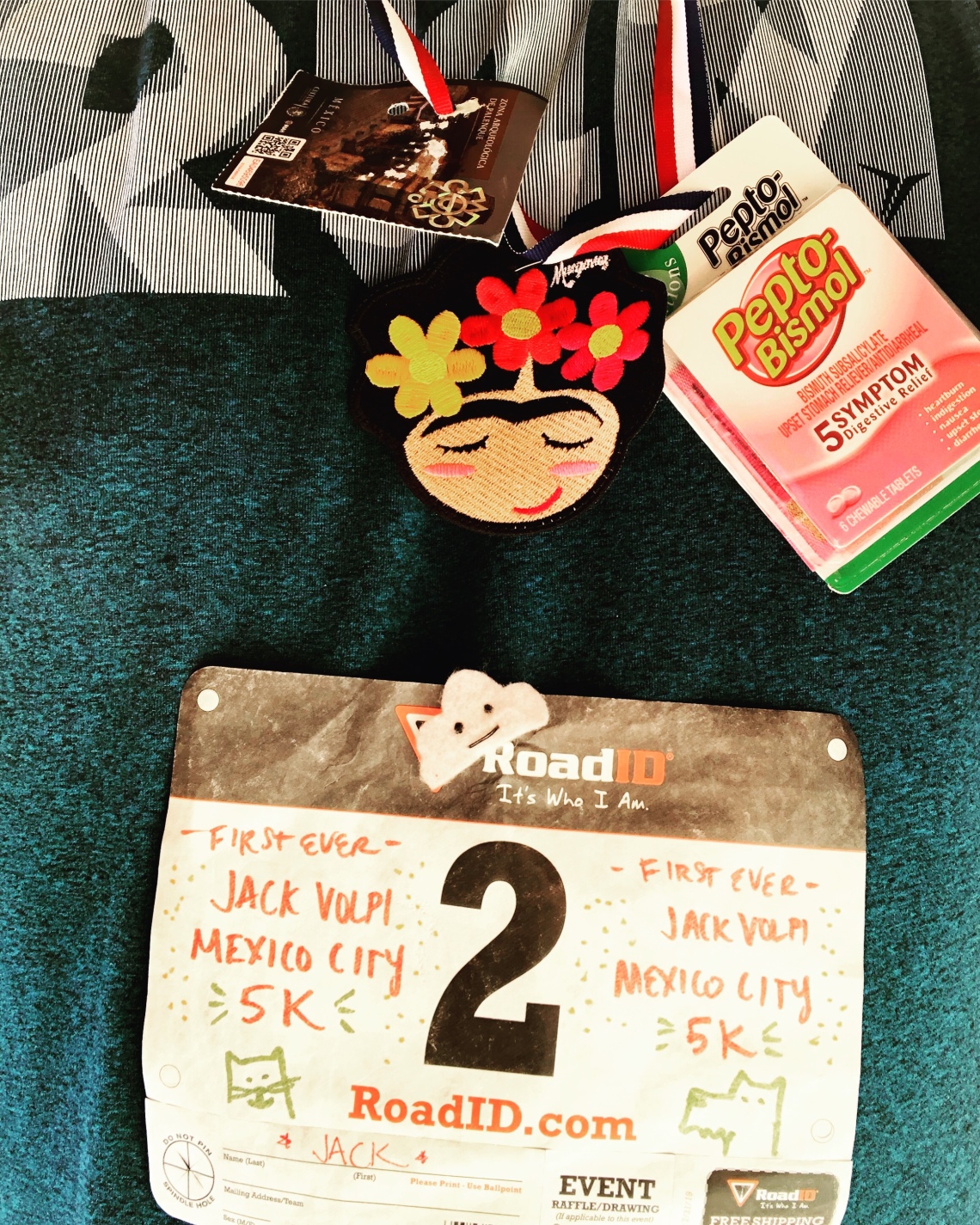 I love a good run but I don’t always love a race.

I love the END of a race. I want my medal, I want to post it on Instagram and I want a pile of post-race pancakes. And obviously, I love the sense of accomplishment. These races give you a goal to work toward and meeting it (presumably in front of your friends and family) makes it feel really really special.

But races are a lot – just so many people and weird toilets and those walkers who are always in the way and the ugly T-shirt’s. Because it’s an organized event, there are so many logistics to sort out – inconvenient packet pick-ups and driving/parking accommodations and waiting around for the race to actually start….

Sorry – I recognize that I’m starting to sound like a crankpot. I obviously like these races well enough as I’ve done loads of them – roughly 3-4 a year for the last 15 years. But I’ve been thinking for a while now about how to make these deals funner and specialer (apologies for the made up words, y’all!)

NOTE – I organized my first ever race two years ago as I was about to turn 40. The Jack Volpi Almost 40 Almost 4K was a 8-person run/walk through my neighborhood in Columbus Ohio and the medals were made out of gingerbread.

ANYWAY! I had this trip to Mexico City planned for February and couldn’t find a 5k to run the weekend I was there. I love running on vacations because it’s a fun way to learn a new city – so I decided to host my first ever Just Me 5k.

NOTE 2 – I planned ahead. I had some extra bibs from that Almost 4K so I brought one along. And I packed some ribbon so I could make myself a medal out of junk I found in the city.

So, we spent 3 full days in MC. I booked our hotel close to the enormous Chapultepec Park so I would have a close, safe place to run in – and I lucked out. The little corner of the park closest to our hotel had a 1000 meter shaded running loop which made the 5k super easy. (NOTE 3 – I was doubly nervous about running in MC because it’s 7000 ft above sea level and I didn’t want to die from altitude poisoning (is that a thing?))

Here are few additional tips and tricks to Mexico City!

1. The Reforma is the big long pulsating street in the middle of the city. Every Sunday morning, it’s closed down to cars so México Cityans can run and bike up and down it. A great option for a just-me 5k!

2. Do yourself a dang favor and take the El Taco Club taco bike tour – and do it early in your trip. Not only do you get a sampling of delicious tacos, you also get the lay of the Polanco, Roma and Condesa neighborhoods. MORE RUNNING IDEAS!

3. I made my medal with a patch from the Frida Kahlo museum in the Coyoacán neighborhood. Listen up, team – we didn’t get tickets beforehand so we got stuck in a verrrrrrry long/not-moving line. Here’s what you do – tell the people that you just want to visit the gift shop and then you can walk in and visit the whole museum INCLUDING THE GIFT SHOP!

4. If you visit the Teotihuacán pyramids on a warm, sunny day – wear plenty of sunscreen and take a jumbo bottle of water. There are loads of local vendors selling handicrafts but no water/cervezas and verrry little shade. So…… be warned!

5. We were initially nervous about the local transport, but the subway is INCREDIBLE. Just 10 pesos (50¢ in USD) for each ride, including transfers. We even took the subway to the airport on our way out. So easy and so much less expensive than a car service.

6. In case you were wondering, I didn’t have any pancakes in MC – but!!! I did have an enormous ham & cheese crepe at El Mayor, which is this cute rooftop restaurant just outside Templo Mayor in the historic district.  It felt weird to have crepes in Mexico so I also had the chips and guacamole.  And 2 Coronas….  Weeeeeeeee!

Ok! This is my first blog! I hope it wasn’t too long and stupid!

View all posts by jackvolpi